We paid one of our regular trips to Ile Bizard today, after hearing good birds had been seen over the weekend ………… met a birding friend in the car park who told us things were slow (the wind was up) but nothing ventured etc. we went into the park anyway.

As it turned out, there were not a lot of birds, but those that were there were in the excellent category as these pictures will show I hope : 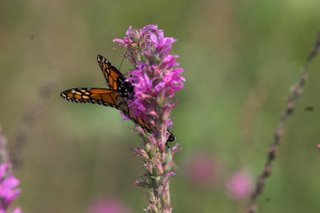 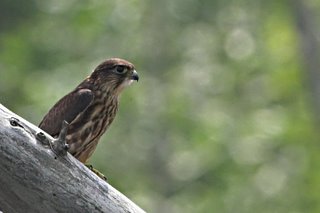 This Merlin was making great sport, harrssing a pair of Belted Kingfishers down in the reed beds beside the passarrelle ….. presumably the nest was of interest. Remarkable just how much noise an angry Kingfisher can make 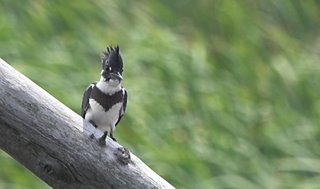 ….. and this was the Kingfisher making all the fuss

Hard to tell which was the best bird of the day …… but a beautiful Least Bittern flitted across the passarelle and perched on the lower railing just long enough to to be photographed – it then disappeared into the reeds chortling to itself in a Bitternish sort of a way. 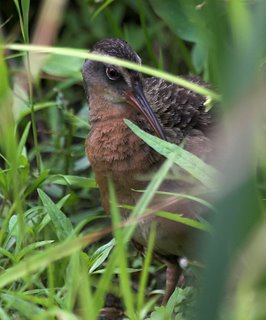 We consoled ourselves for the failure to get a picture of the Bittern by spending several minutes admiring this fine Virginia Rail who was preening itself and cared not a jot about our presence. 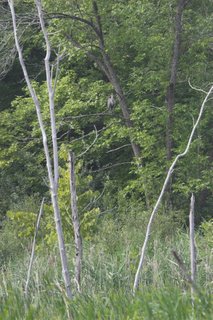 There’s a Great-blue Heron perched in that tree – and there were several Green Herons down below with the turtles.

Other good birds seen included many, many Common Moorhens with tiny balls of fluff masquerading as chicks, a very noisy Catbird near the entry to the park who saw us enter and leave, a pair of Pileated Woodpeckers who gave a spectacular aerial displey amongst the trees (but always managed to settle just where a branch between me and them would fool the autofucus on my lenses, so while I have a record shot it isn’t good enough to post here), Eastern Kingbirds, and an American Redstart with youngsters as well as a lovely female Rose-breasted Grosbeak.